Today was a zero-day as we rode zero miles. Instead we had a rest day in the town of Rawlins. We walked around downtown but unfortunately many shops were closed as owners were taking a long 4th of July holiday.

One of the shops that was open was a sports shop which we browsed. It was amazing to see 10 meter long wall filled with shotguns, handguns and riffles. Not only were they hunting weapons but some were automatic assault weapons and they even had pink and colorful mini weapons for children.

The shop owner was certain that the lack of gun deaths and other crime in Wyoming was because of the number of guns the people owned. Said that the killings in the cities were because of mental health issues.

We went to see the Wyoming Frontier Prison Museum, nicknamed ‘Old pen’. Amazing to see what inhumane conditions the inmates had to endure. Freezing temperatures, ice cold showers, rubber club beatings, etc. We were surprised to see how small the cells were and sometimes two inmates had to share one if those mini cells. Saemi asked whether the cell size was different today. Another tour guest told me that he has visited a number of operational prisons because of his work and that today the cells is not that much bigger.

The prison was finally closed in 1981. 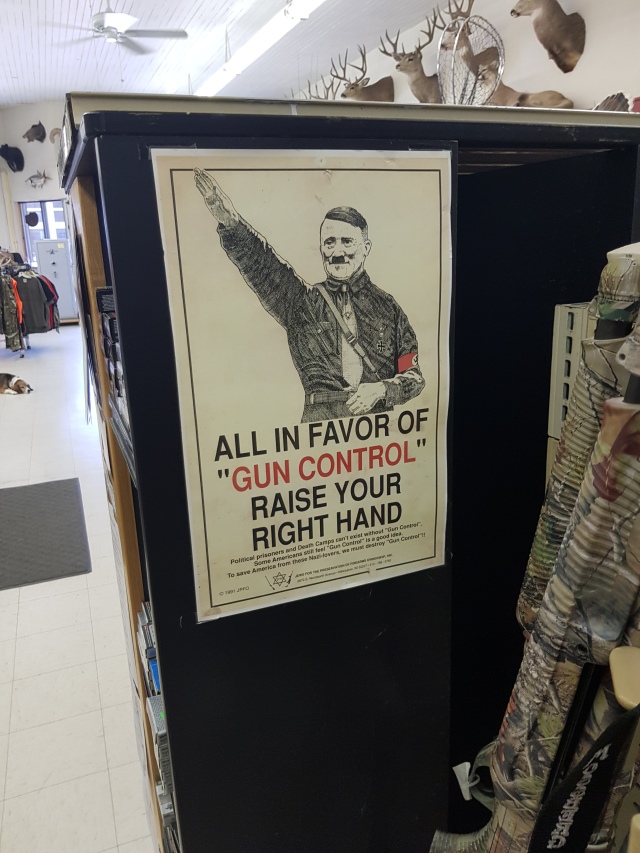 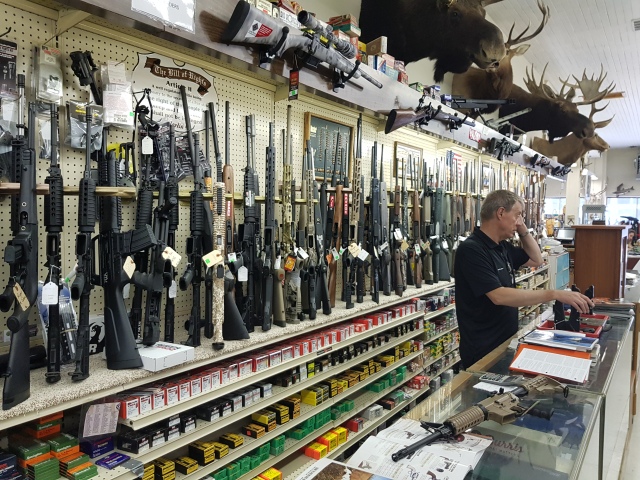 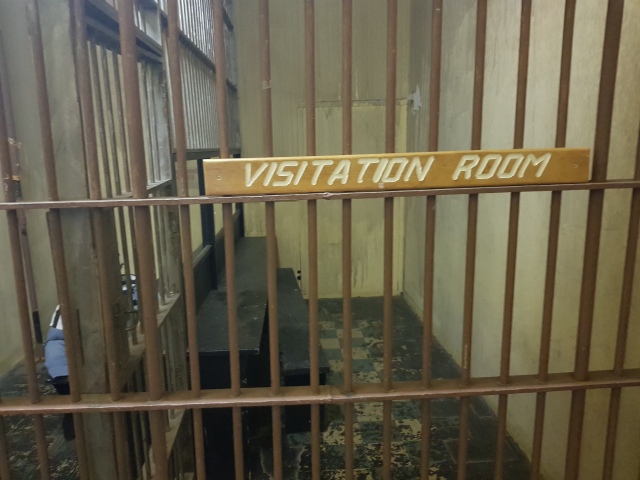 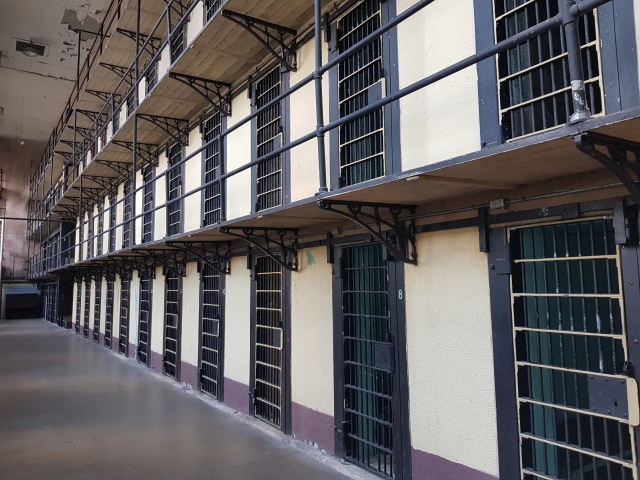 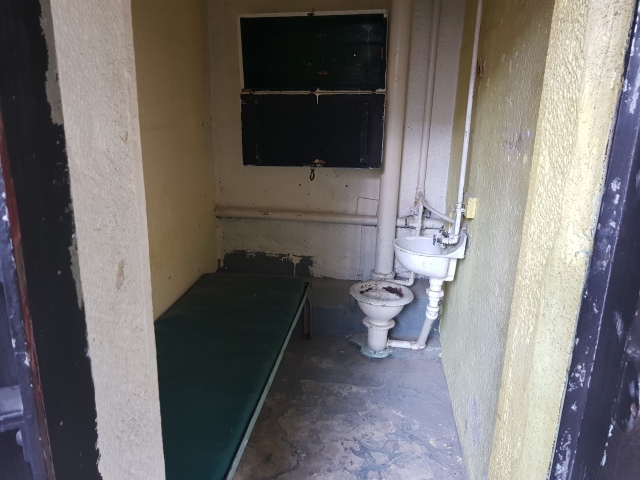 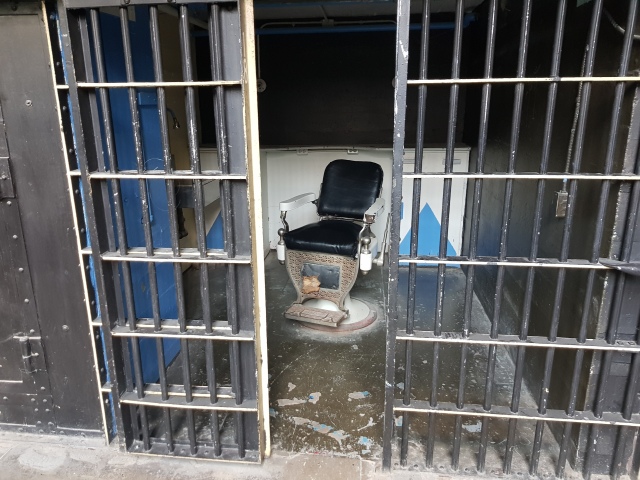 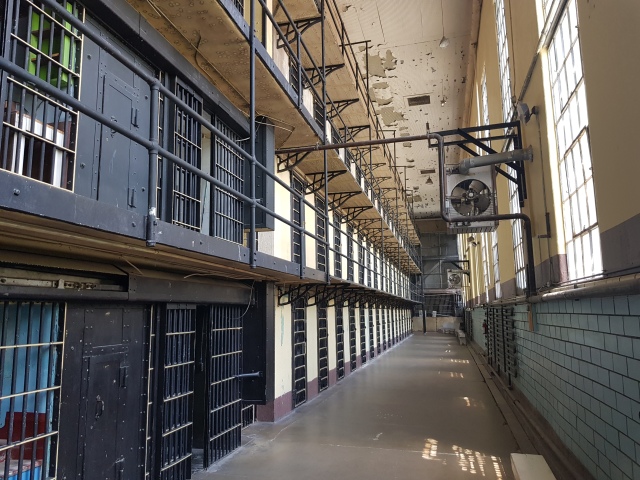 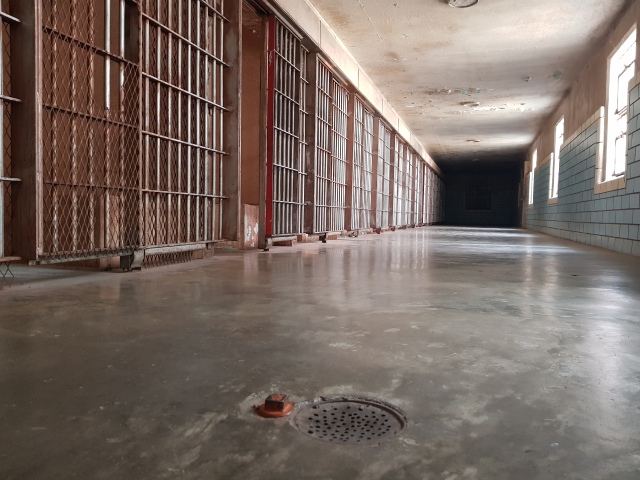 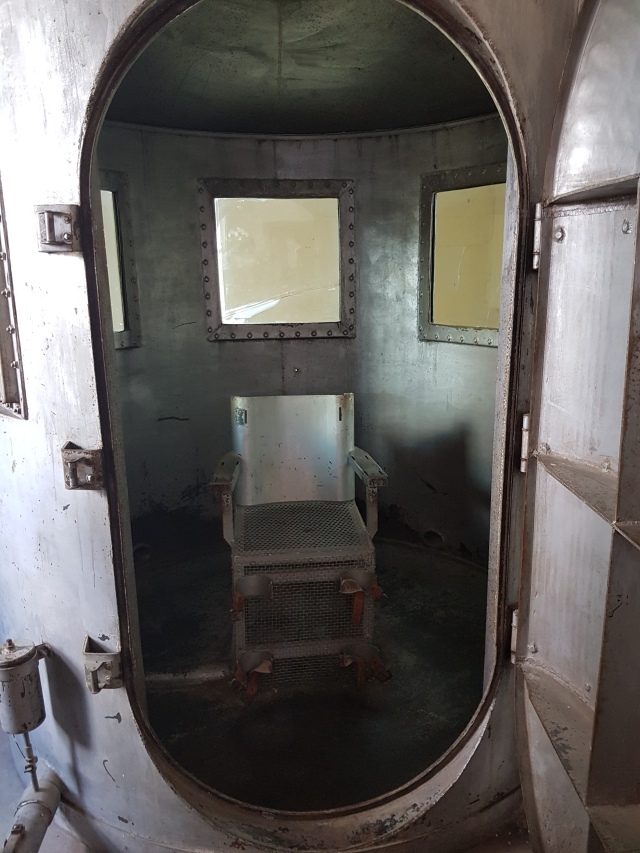 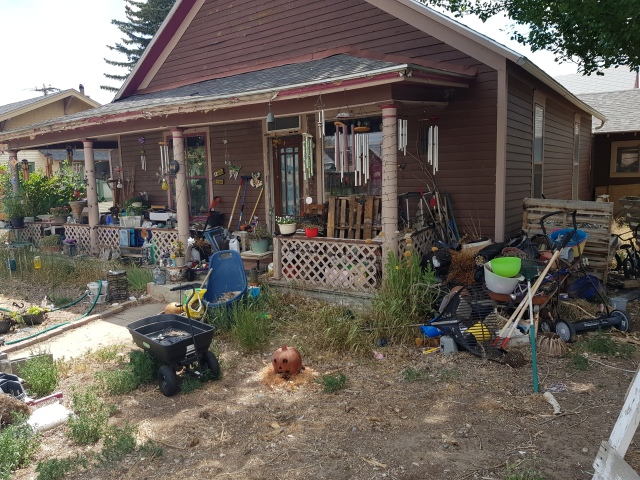 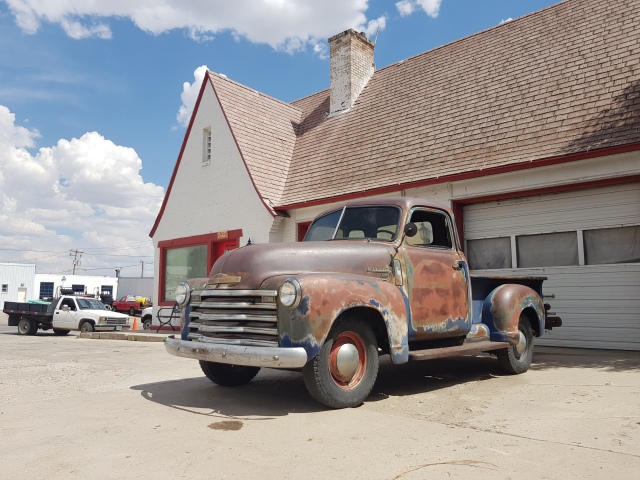 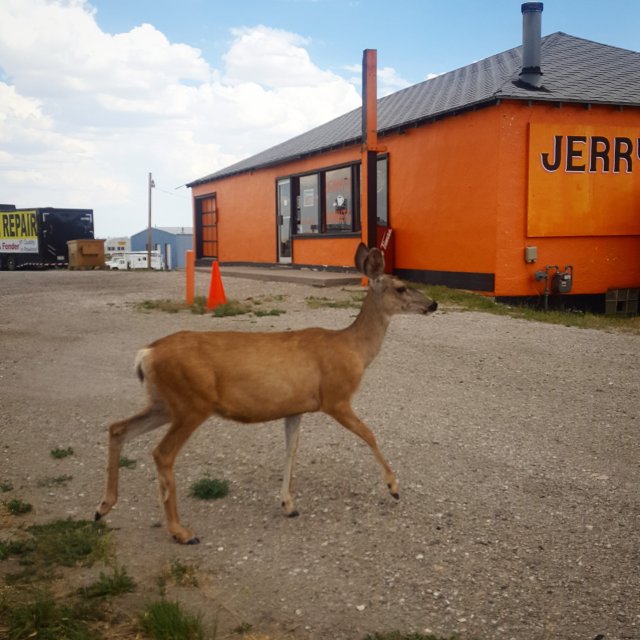 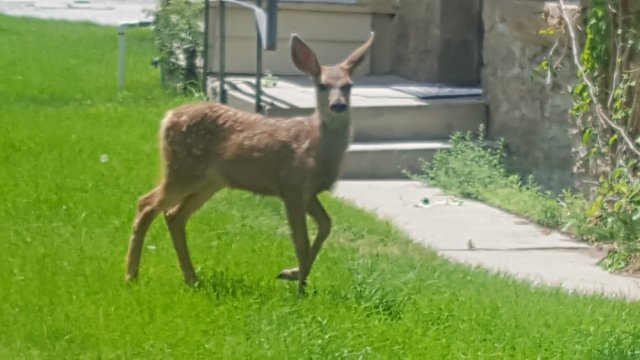 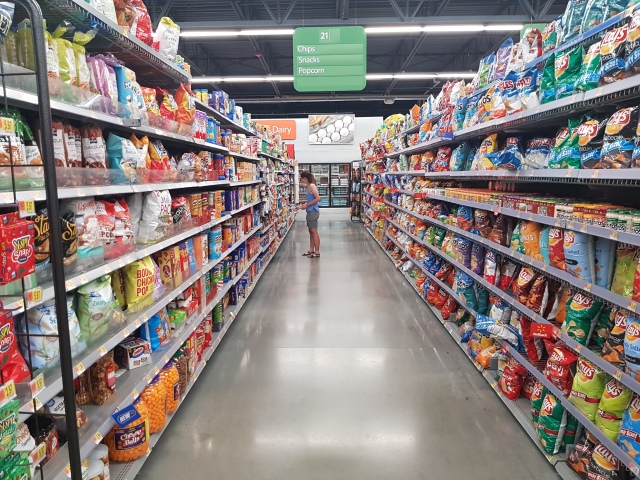