We woke up early but still we were not out on our bikes until 8 and it was already hot. We must get an earlier start to battle the heat. For the first couple of miles the heat was quite bearable but as it came closer to noon in the desert the sun really got strong and the heat became devastating.

When we rolled into the town Saratoga we decided to cool of a bit and get some lunch and a lot of cold soda 🙂. We sat there for about 2 hours and then went to see the hot springs. They looked nice but we agreed that it would be very difficult getting on the bike again to finish the day if we got in. So we rode on. We had some 35 km to go to the next town but shortly after we left Saratoga Saemi started not to feel so good. When we arrived to Riverside (a town with only 52 inhabitants) it was too hot and the sun too strong.

Stopped for a long time at the only restaurant in town drinking a pitcher of water each while deciding what to do next. The options were a) call it a day after 100 km and either camp or get a motel and b) ride some 80 km more with 1000m of climbing. Decided to go for option a) even though that leaves us with a long day and lots of climbing tomorrow. Hopefully the temperatures will be more manageable, especially since we will be in higher altitude and will get an early start. Rented a cabin so we could take a shower and have indoor bathroom but the capin is hot (no AC) – we are not sure if it is a much better option than camping.

Wyoming is the least populous state and second least densely populated state in the US. But still the 10th largest. We can understand why because for the last couple of days we have been riding through very hot and desert like landscape. It is beautiful in its own way but very hard. Everywhere there is a sign of water you can see more life with trees and gras but there has not been many spots like that on our way until we were almost down to Riverside. Locals tell us that the desert will keep on going up to the mountains again after we leave town.

We saw many antelopes today but they where all too fast running away from the camera. Again such beautiful animals.

Many towns here are built around oil and it seems the Sinclair company with it’s green dinosaur to be the largest. Giving us places to get drinks and goodies.

Today we were called ‘heros of the road’ by a gentleman in a pickup car. He said he was himself a biker and said he could not understand how we could do what we are doing, he could not make it on his motorbike 🙂

What we have noticed in stores in Wyoming, diners, motels and just almost everywhere we come inside is dead animal heads on the walls. We have even seen arches made only out of bleached animal antlers and bones. Weird way of celebrating catching of an animal. 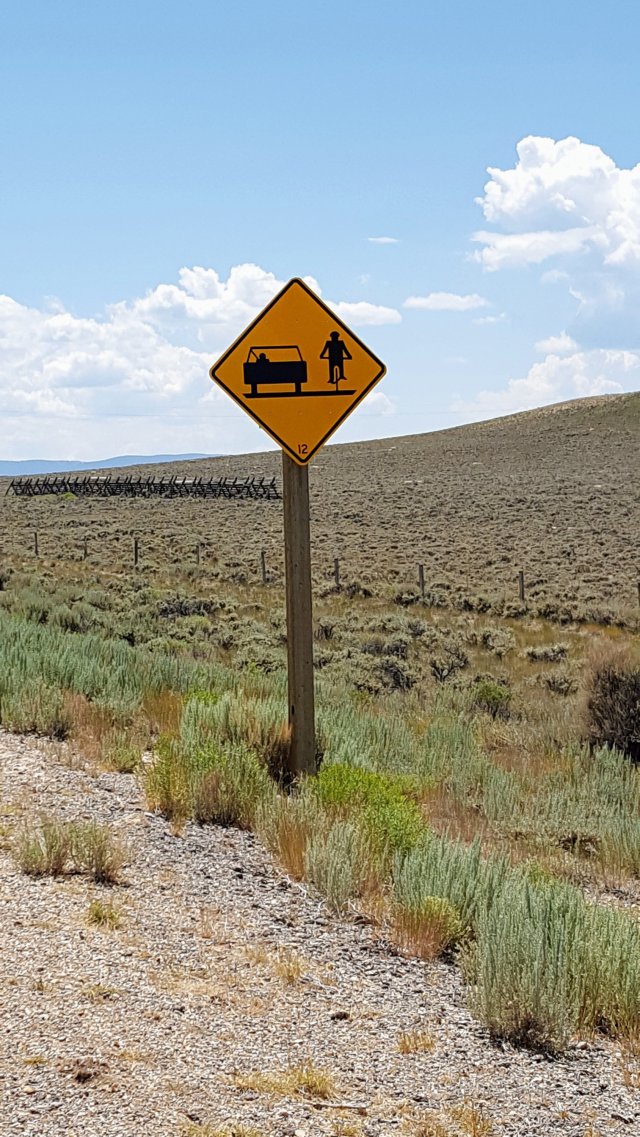 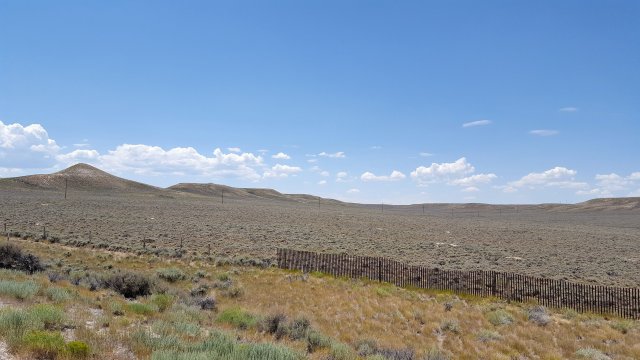 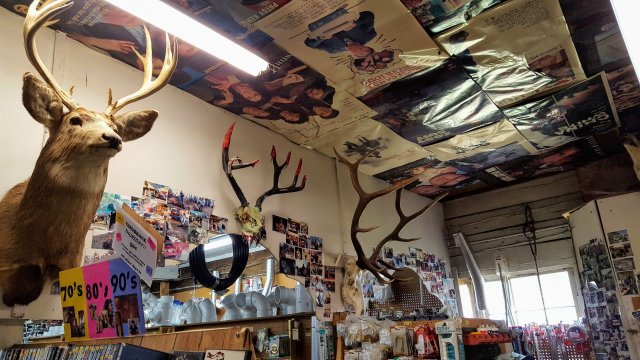 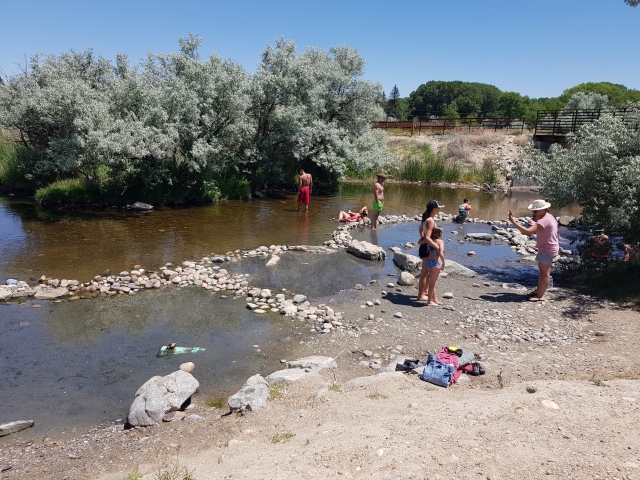