Today we had a great day on our bikes but at the same time it was our hardest so far. We had a bit of a late start but thought it to be okay because we had already decided that we were going to have a ‘short’ day knowing that we were doing more climbing going through the Ozarks.

The day started quite nicely and for the first 40 km to Summersville we had a good pace and were quite happy about how things were going. We had a soda there with a very nice cyclist we had passed earlier that day. His name is Robert, lives in England and is cycling by himself across as we are.

After our soda we headed off but didn’t go far until we had a chat with a older man that thought what we were doing was very exiting and the fact that we are from Iceland really interesting for him 🙂 he told us to look for Alley Spring on our way. There we could look at an old mill and maybe cool down in the river. Of course we did as we were told 😁 The mill was beautiful and cooling of in the river was the greatest.

At the parking lot we meet a nice couple on bikes. They were camping by the river and showed us a good place to take a bath. It was great fun talking to them. They offered us cold water and were just super nice.

We cooled down in the river for a while and then had some 10 km to Eminence. We had then finished about 80 km and about 800 m of climbing. We decided to get some energy before finishing the last distance. Outside the cafe a very interesting fellow who started talking to us, being very interested in the fact that we are from Iceland and so was the waitress at the cafe. We had a nice talk about the religion, politics, different culture and so on.

Leaving Eminence we knew that the next 40 km would have some steep hills but they were not steep, they were monsters!!!!

For the first time in our trip we were hitting 5-6 watts per kilo pushing it to the top (cyclist speak). Monika had to stand some of the hills to make it all the way but we both made it with out having to walk with our bikes so we are happy 😃 Our Strava friends can see the elevation today but many cyclists describe this part of the way like riding a saw blade. You get some momentum going down but not nearly enough to get you up the next hill. A bit like hard interval training.

Getting to Eminence was pretty nice but we could definitely feel the hard work, the heat and a bit of dehydration. Saw Robert again and had a very nice conversation with him over dinner. 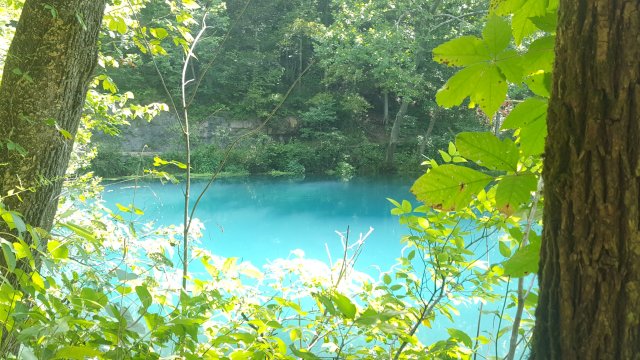 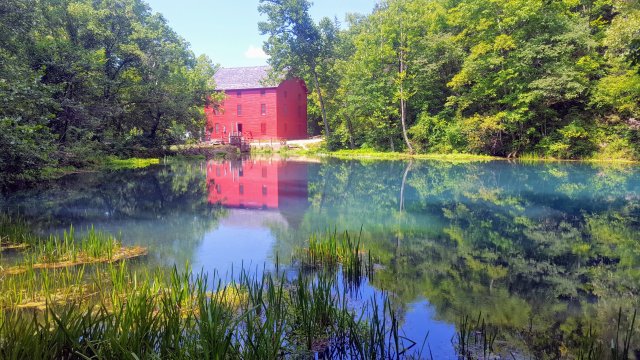 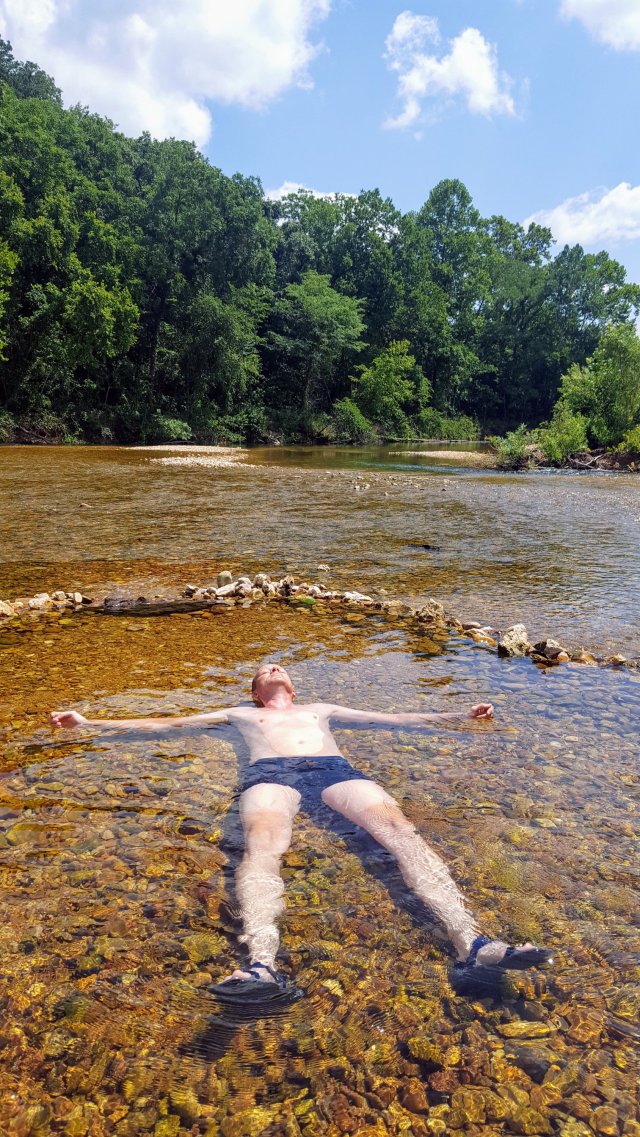 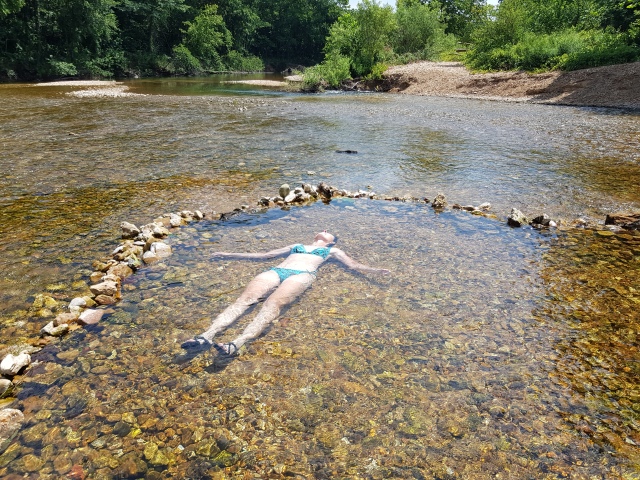 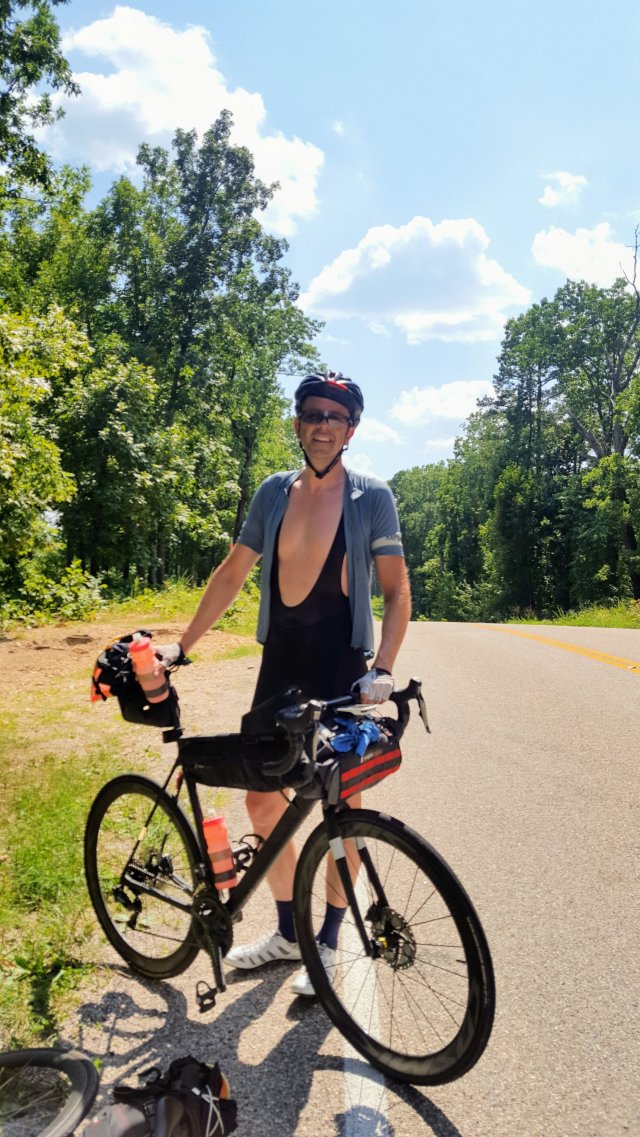 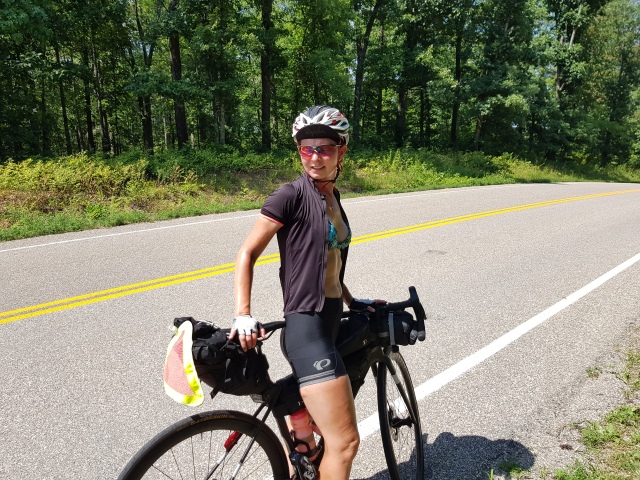